We look back at the launch – and the achievements – of our Barb’s Beer campaign after an exciting first year as we prepare for expansion to the east coast in 2016.

Visit STORY for details on how Barb’s Beer and our “Racing to the Cure” promotion is attracting an impressive group of leaders to support Dr. West’s GRACE (cancerGRACE.org) and help find a cure for lung cancer in Barb’s name.


This third video shows the Barb’s Beer – “Racing to the Cure” song on You Tube. 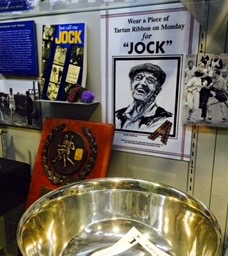 Read more about the book here.
SPECIAL: Tom will run the BOSTON MARATHON April 18 to generate awareness for Barb’s Beer and help bring the “Racing to the Cure” campaign to Boston and the east coast off the program’s success in the NW.